Lets make it a better place

When we last left our heroine, she was in it bad. Not running, all types of undiscovered issues, broken parts.
So first we should start by cleaning things, this way you know what is broken and what you need to order.
I pulled the fuel rail off first, in retrospect thought I should have pulled the entire intake manifold off first. 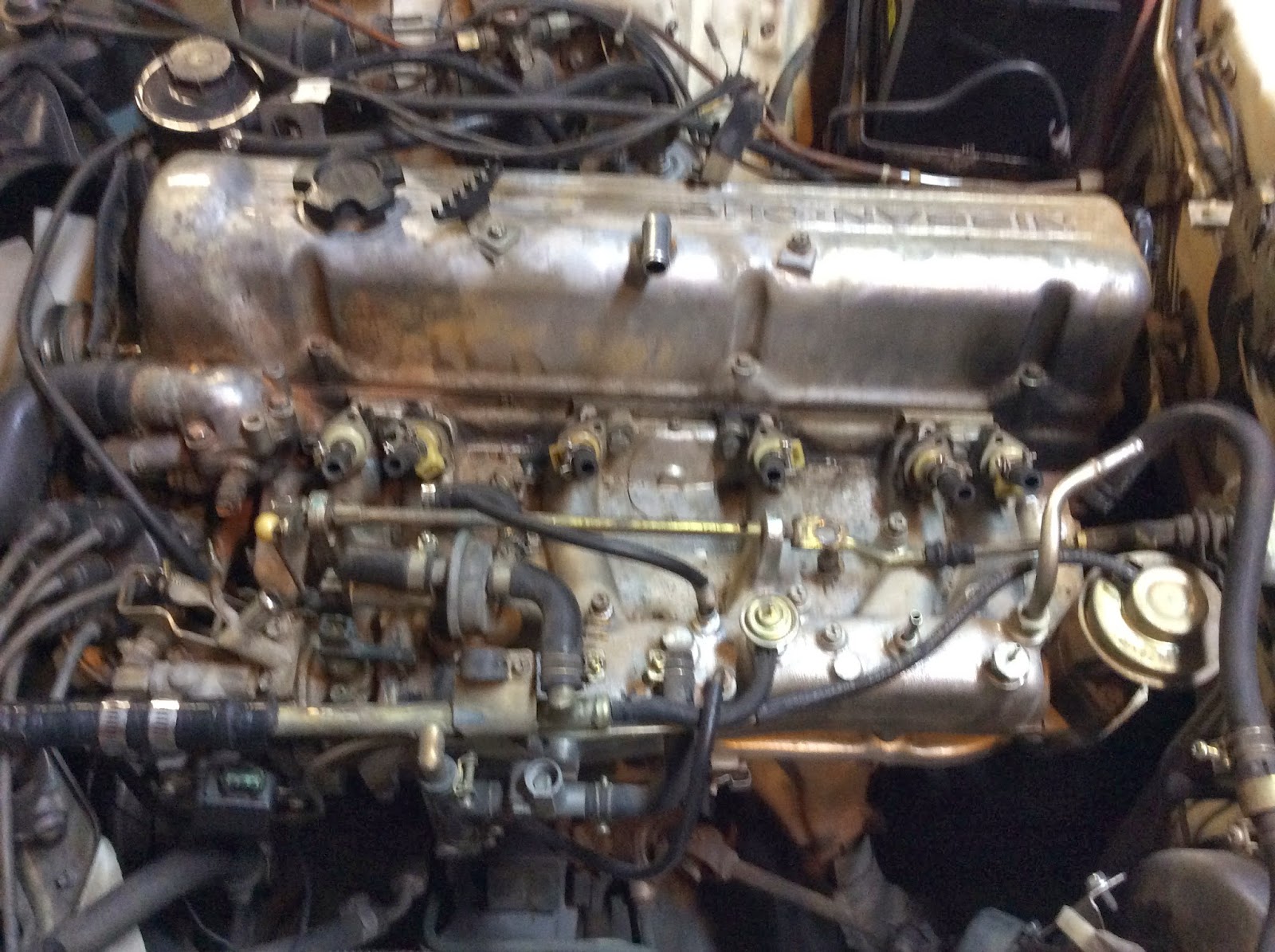 During the testing stage we saw some magic smoke coming from the fuel injectors, so i was looking for obvious signs of wear, I didn't see any at this stage. 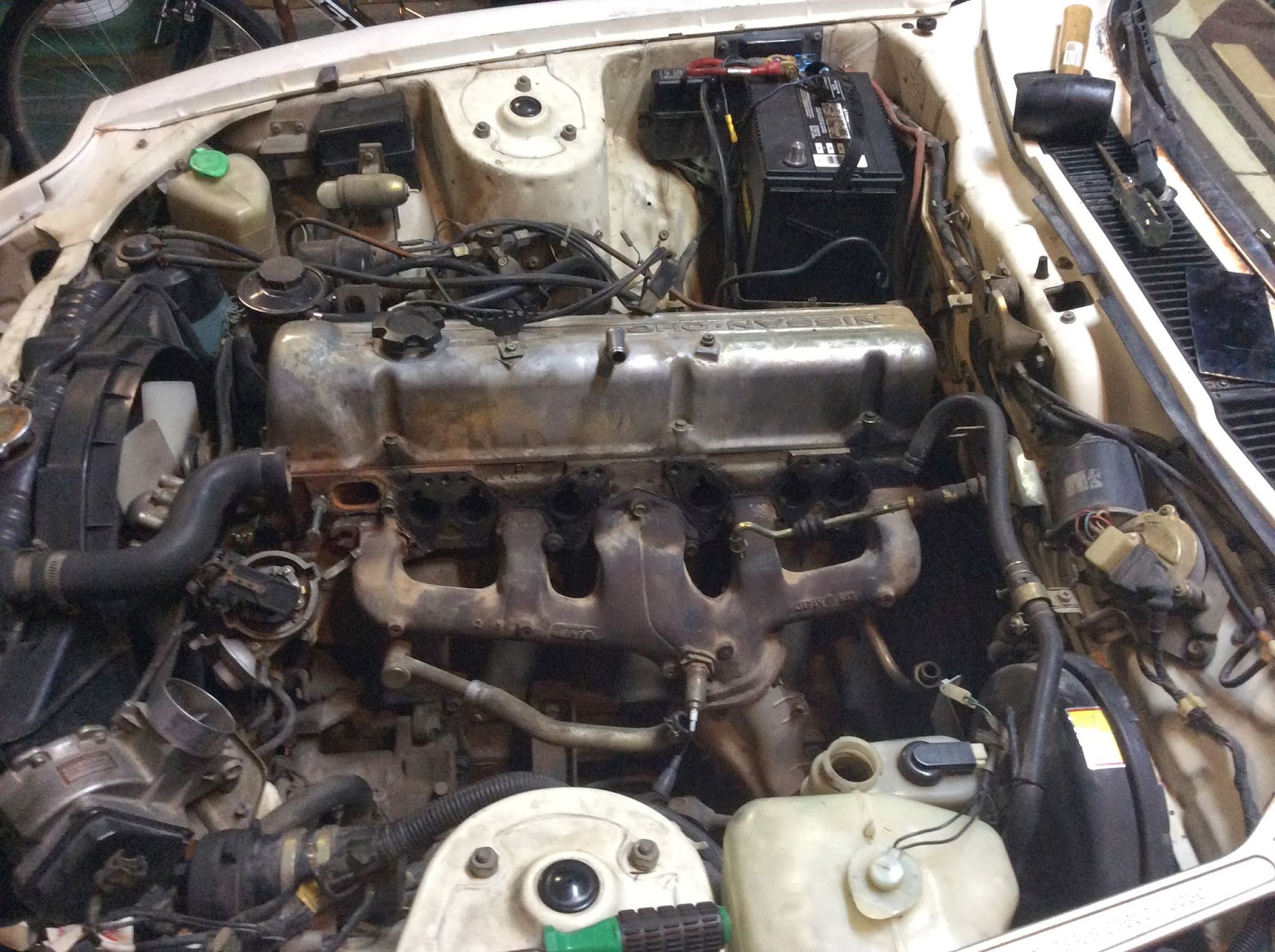 It was pretty dirty, you can also that from the water inlet (on the left/front of the motor) water was run through it for an extended period of time. 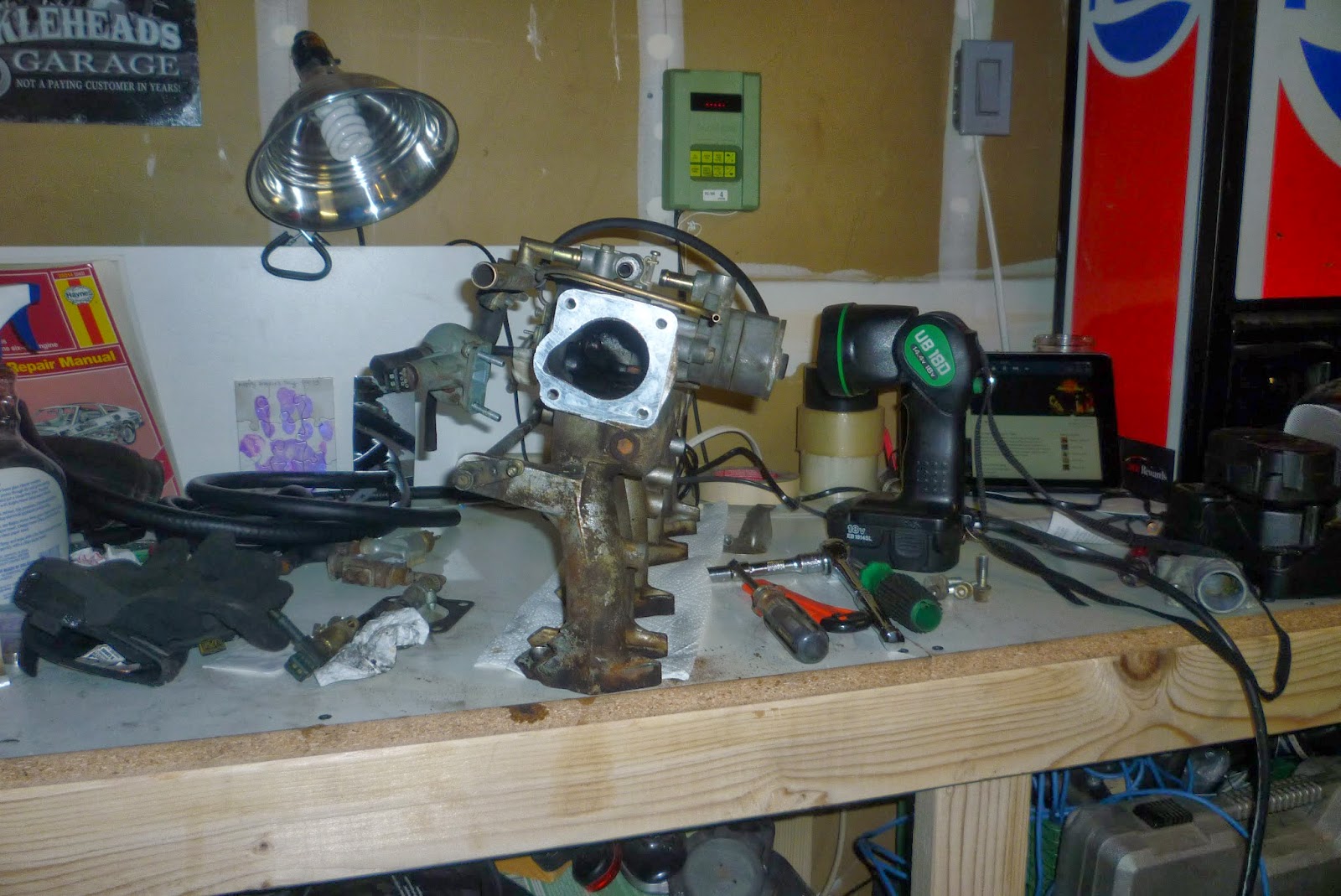 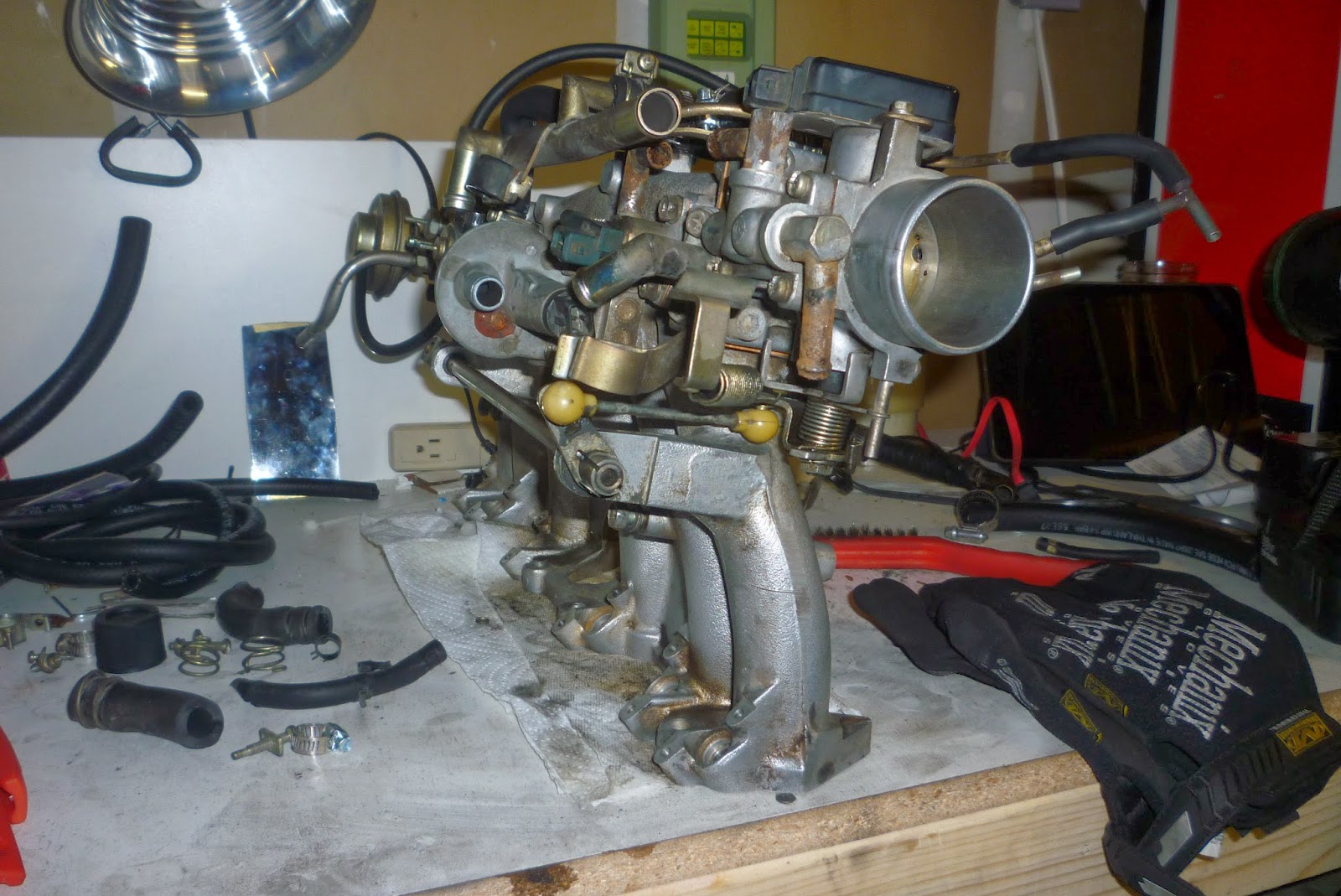 These are the before and after cleaning the intake manifold. I also replaced all the vacuum lines and hoses on it since it was out of the car.

For the record, the fuel injectors I ended up getting, BWD new fuel injectors part number 57519P, and they came with the o-ring kit, part number BWD 274031. So I ended up with six o-ring kits that I do not need.
Also, inspect your mounts, I needed to buy one mount kits with it. The parts store had them listed as Fuel Injector Seal kit, BWD Part number 28412,  I needed one, so I bought two of the kits.

The injectors were not in the greatest shape when they came out of the car. Specially number 1 injector. 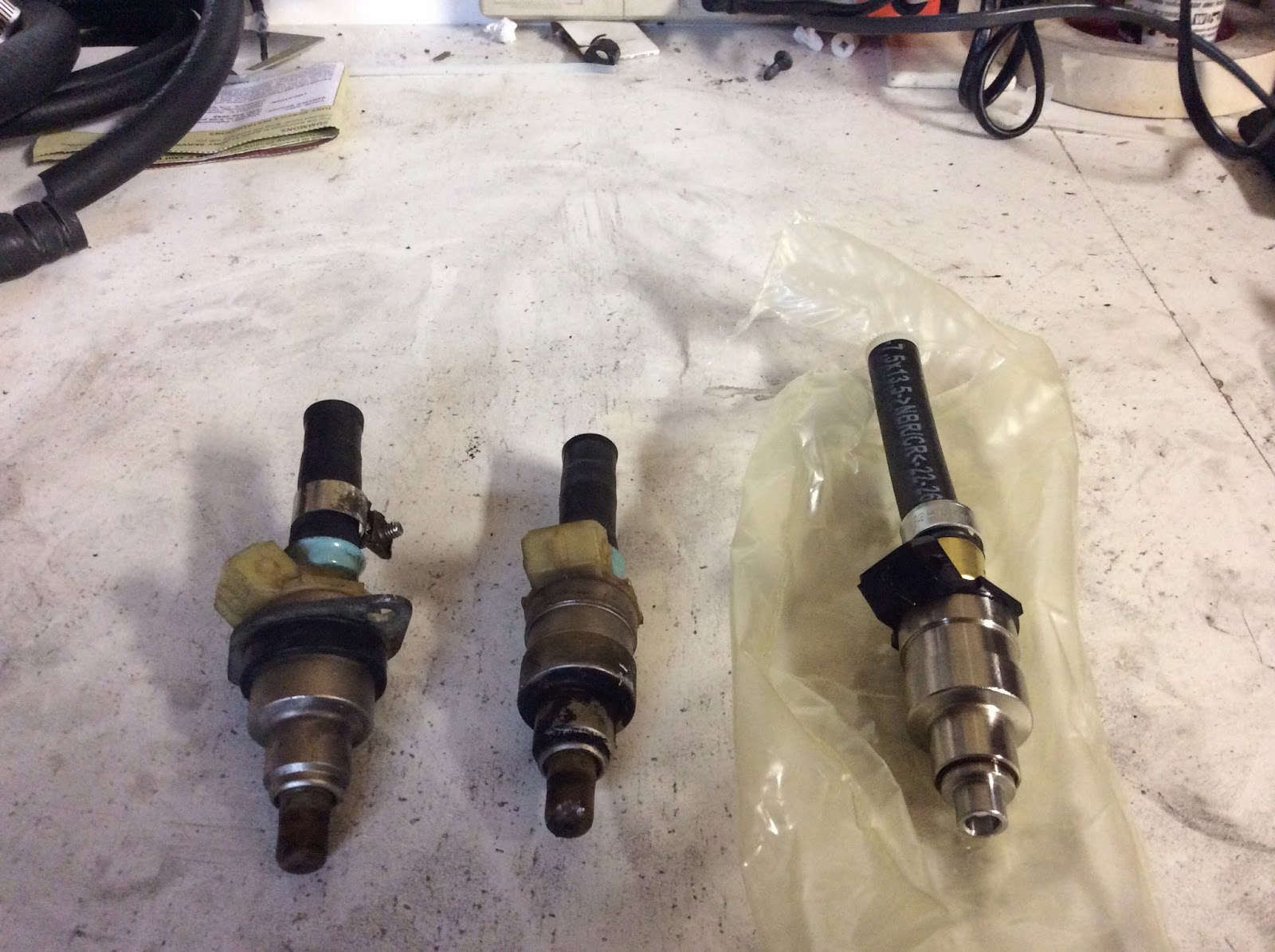 The one on the left  was injector number 4, then injector 1 in the middle, then a new injector.


Here it is all together again. 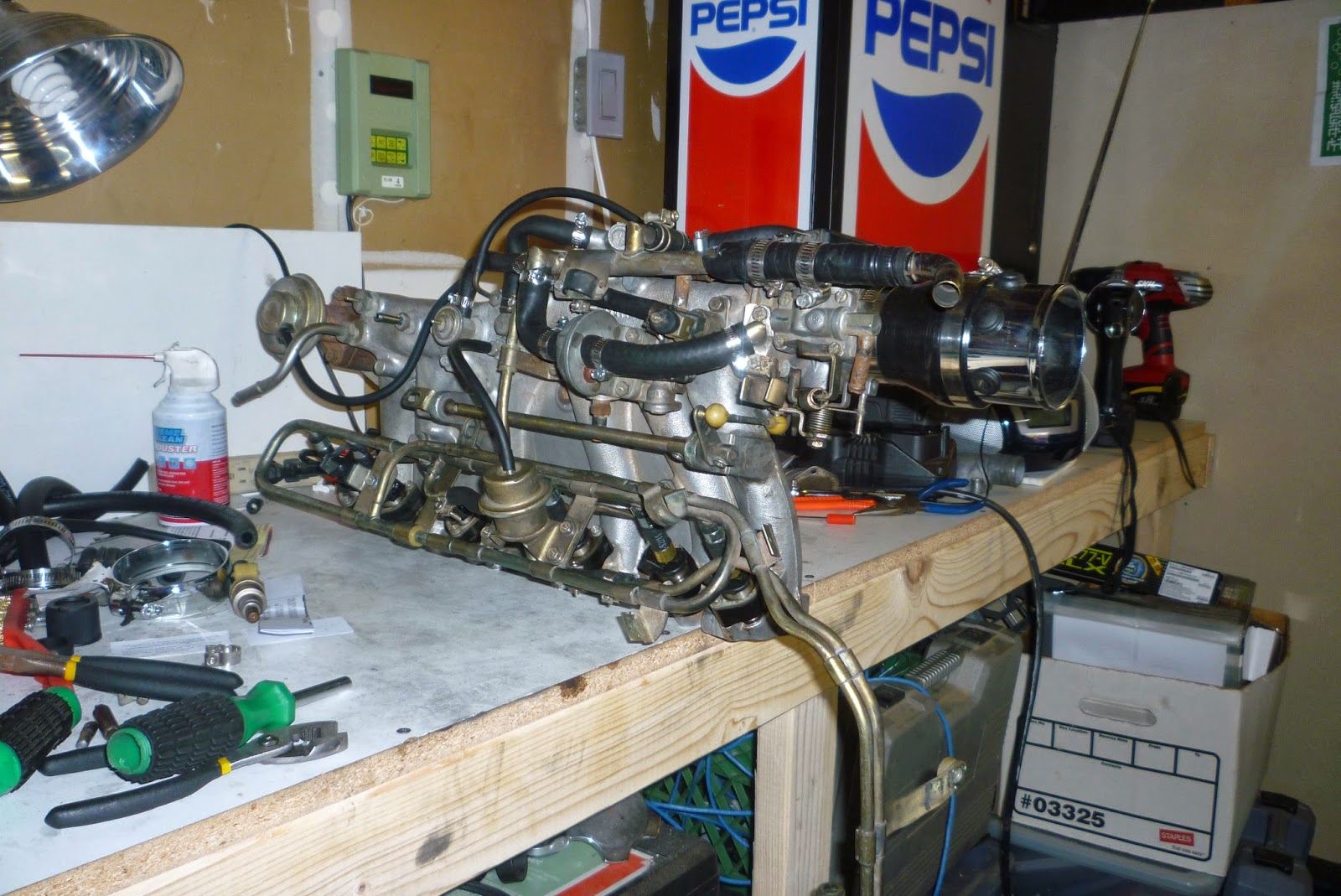 Im not totally happy with some of the hose bends but we will see how it plays out after I get it back together.

Posted by Stephen McGroarty at 11:23 PM No comments:

Taking it all apart

So While attempting to work on the car before sending it to its final location (in some perverse hope of driving it maybe?) We were able to get the car to start, but not run. It would run under its own power for almost 30 seconds, then choke off and die.
Poking my nose in and around the engine compartment I discovered a piece of broken plastic from what looked like one of the fuel injector housings, maybe. It was hard to tell without pulling it apart.
I made the choice to wait till the car was home before taking anything "large" apart. So the magic smoke that I was seeing while cranking it would have to wait.

When I finally got the car to my house, I decided that instead of "just making it run" that I would spend some time with the car, and get to know it if you will, and make it a bit better than it has been in years.

The previous owner of the Z was driving it when the thermostat housing exploded. He was going at a good clip and it was a miracle that he didn't crash when it happened. This did happen to leave the car in bad shape. So the car sat for a while until I bought it, and shipped it around my parents house until getting it home with me.
This is where things get sketchy, it took me three tries to ship it, but when I finally did it was fast. Like I called to arrange the appointment on Monday and the car showed up on Thursday.

After getting the car home, I stared at it for a bit, cleaned out some room in my garage, hung some lights, and moved it in. 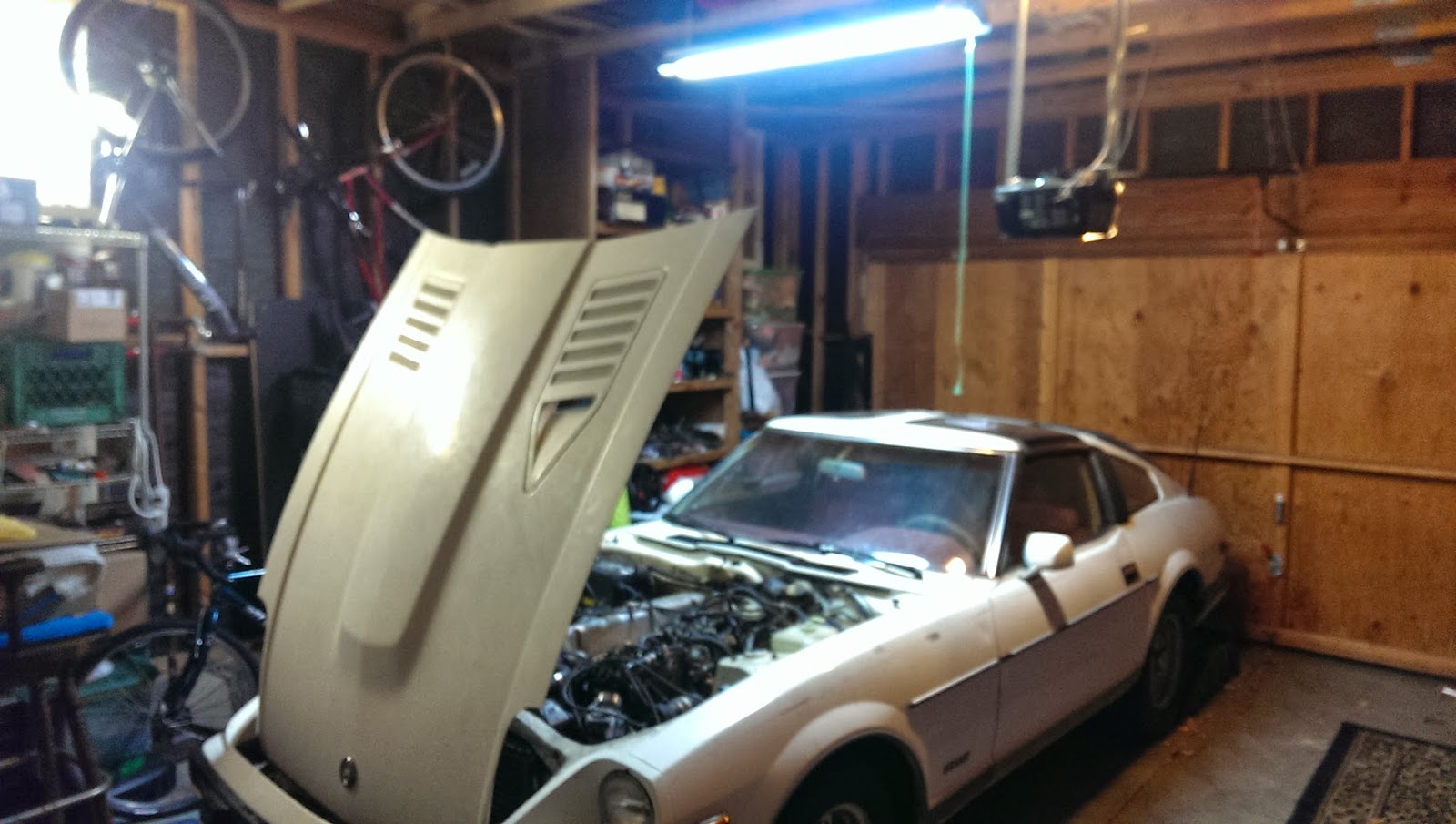 With it in the garage, let the staring begin. 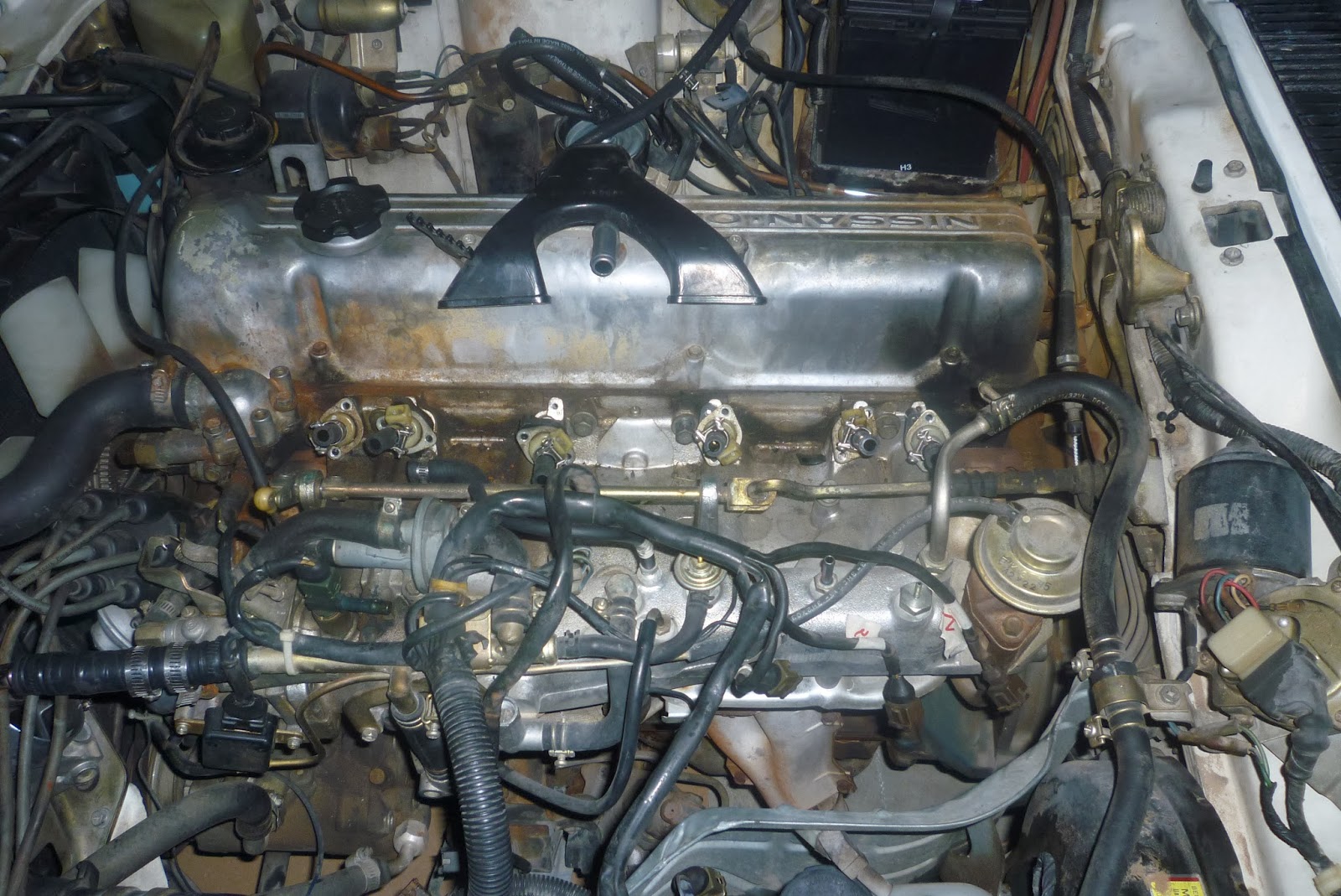 Oh look an engine!
Posted by Stephen McGroarty at 12:12 AM No comments: